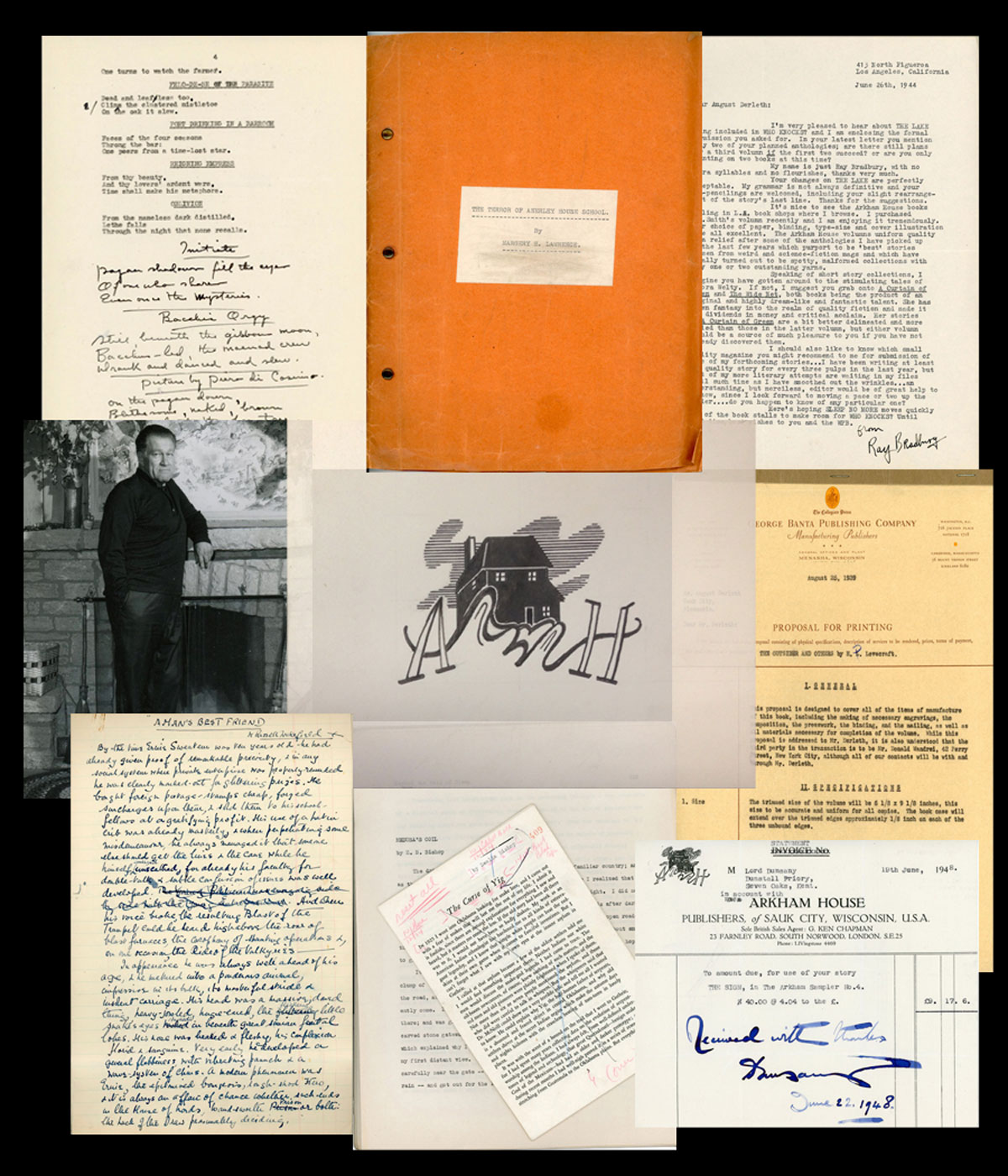 AN ARKHAM HOUSE ARCHIVE: An important archive of material from the from the files of August Derleth, publisher and editor. 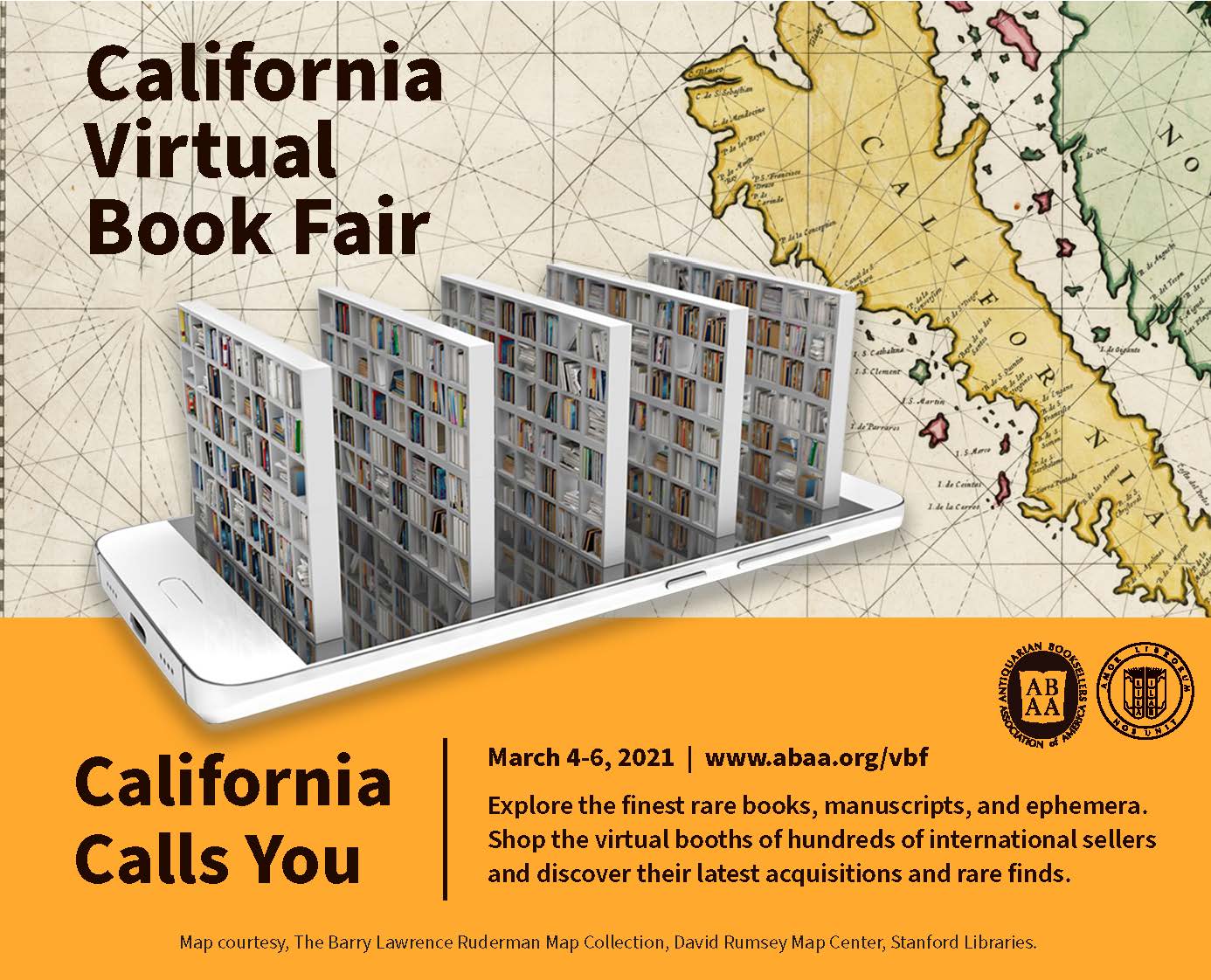 Our selection of books which were exhibited at the recent California Virtual Book Fair. 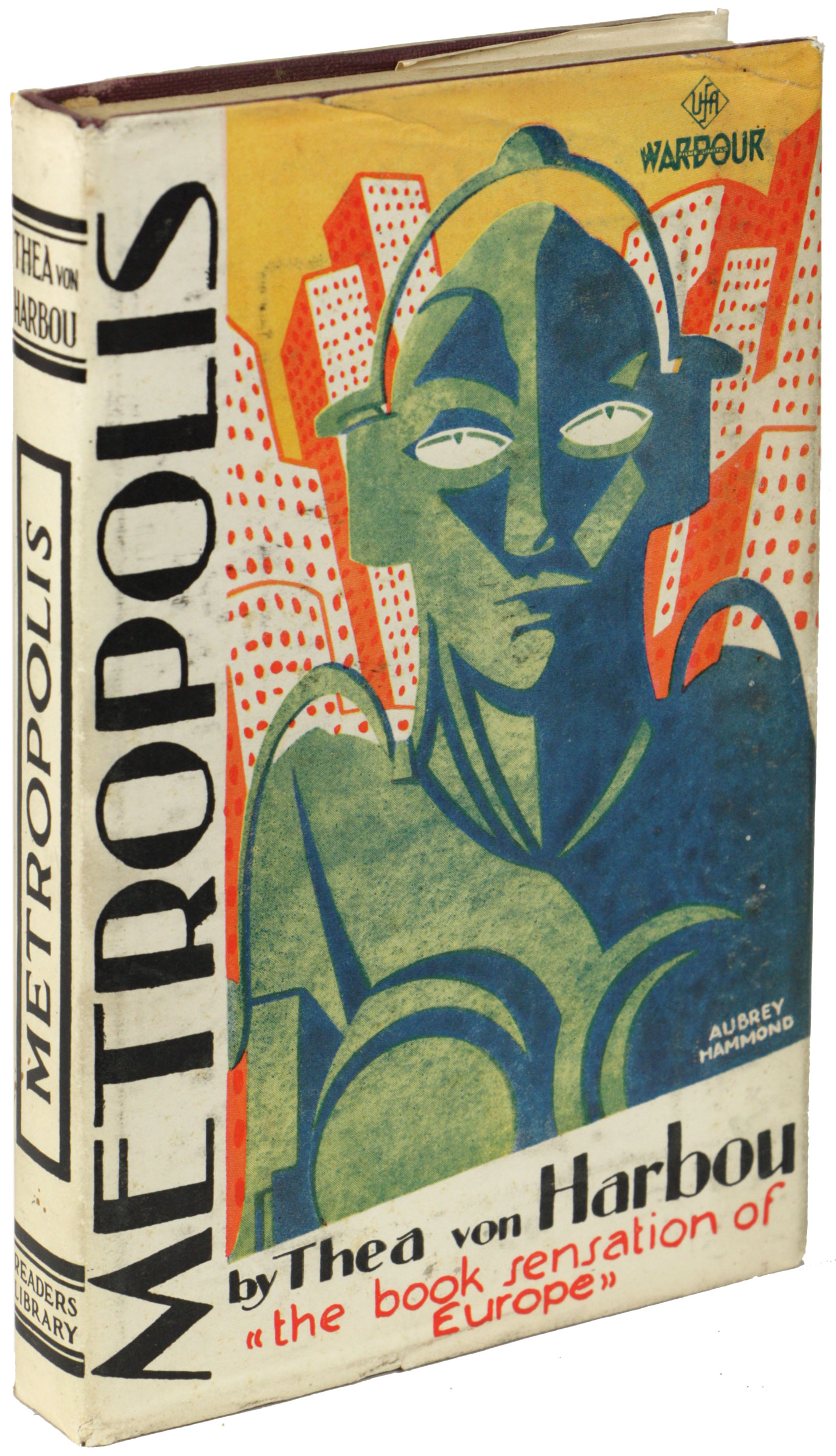 A short list of mostly classic science fiction and fantasy featuring a number of award winning titles. From a recent collection purchase with my colleague L. W. Currey. 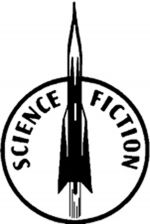 The Winston series, know as the “Winston juveniles,” started in 1952. The series was announced in Publisher’s Weekly (January 26, 1952): “Five compelling tales designed TO SELL to the expanding science fiction market! Only writers who have won the respect of the science fiction audience have been signed to write these accurate yet absorbing books. Each contains an explanation of new terms and a discussion of its scientific aspects…for all ages.”

The series had a uniform look with its rocket ship logo and endpapers (for the first editions) by Alex Schomburg. They were perfect for the time. Boys adventure novels with a science fiction element, with entertaining stories and terrific period artwork for the dust jackets. This was aimed at moving an audience away from the old pulp marketplace to new respectability. They were the total package.

The books were edited by Cecile Matschat and Carl Carmer, although neither had a background in science fiction. Behind the scenes was Lester Del Rey who not only wrote nine of the novels but supposedly supplied outlines for many of the books. Of further note is that the series published the first hardcover novels of Jack Vance, Evan Hunter (who achieved much fame with his Ed McBain pseudonym), Poul Anderson, Ben Bova, Chad Oliver, Donald A. Wollheim and Lester Del Rey.

While originally called children’s novels these were later explicitly described by the publisher for a teen-age audience. So these become an early example of what would later become known as the YA novel. Which today is a huge market.

“Children’s science fiction, as it exists today, is indebted to the Winston Science Fiction Series, for the success of the Series not only demonstrated the existence of a real market for hard-cover children’s science fiction but also brought exposure and respectability which significantly aided in the genre’s eventual acceptance by mainstream children’s literature.” – Francis J. Molson (“The Winston Science Fiction Series and the Development of Children’s Science Fiction,” in Extropolation, Vol. 25, #1, Spring 1984). 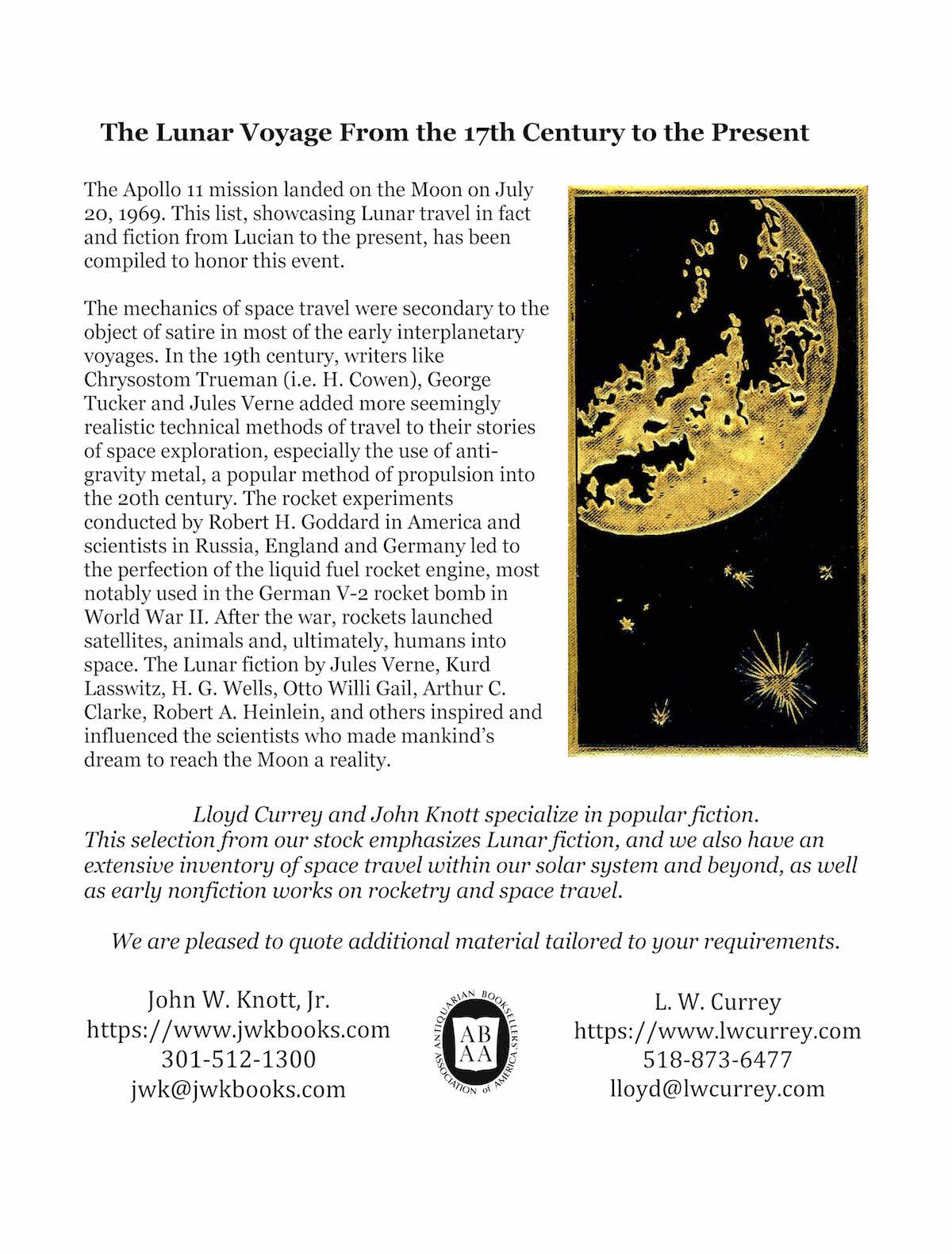 To commemorate the landing on the Moon by Apollo 11 on July 20, 1969 we present a catalog showcasing Lunar travel in fact and fiction. 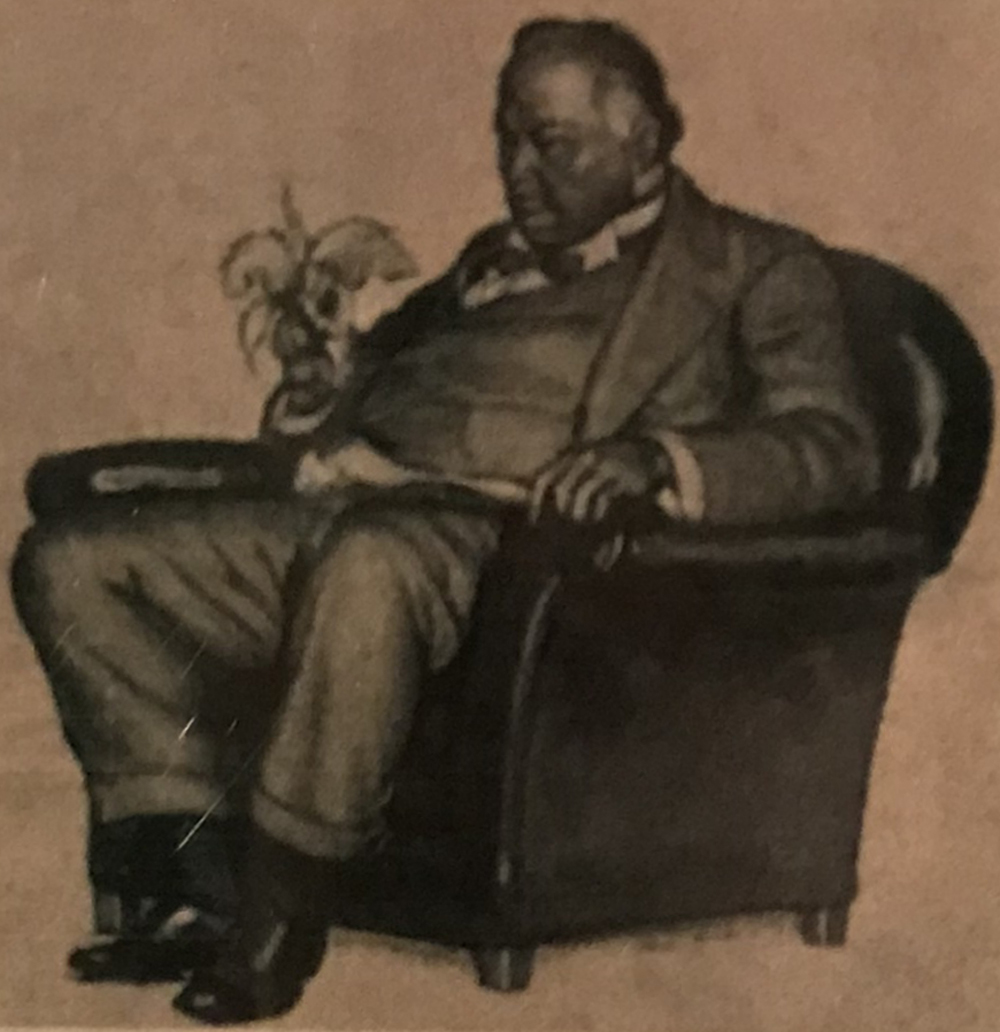 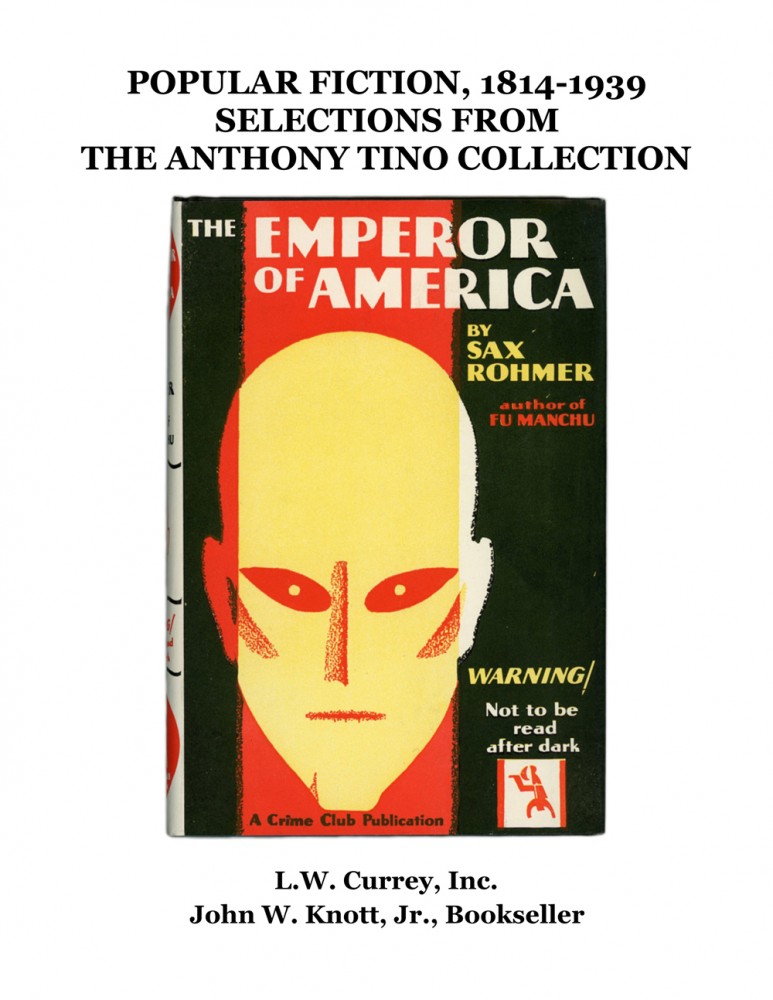 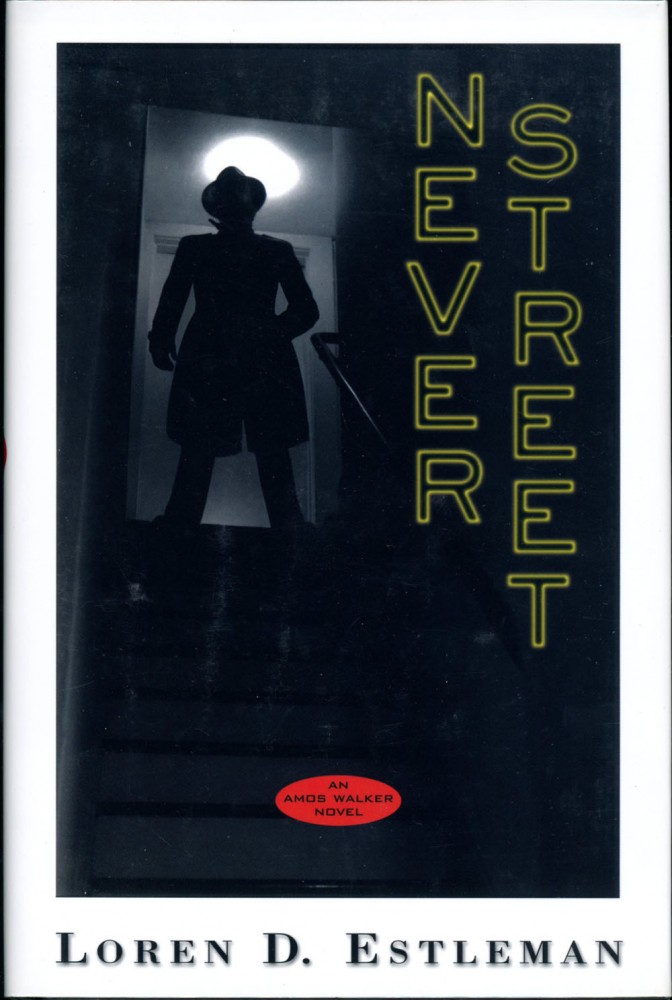